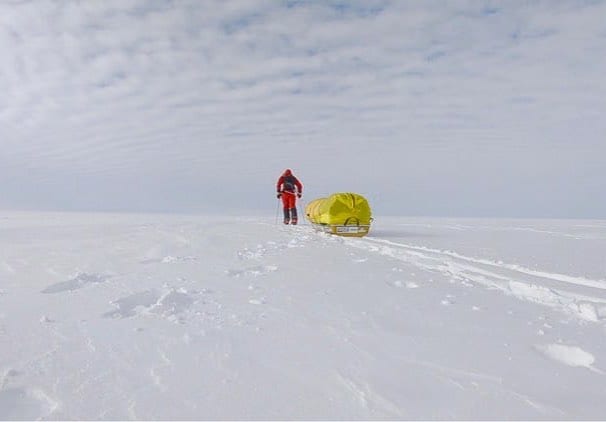 There’s a historic footrace currently taking place across Antarctica. Louis Rudd and Colin O’Brady are each trying to complete the first unsupported, unaided solo traverse across the continent, all 921 miles.

While it’s a physically grueling journey, the mental fortitude and grit to stay focused and complete the expedition are perhaps the biggest factor for success. Each day consists of 10-12 hours hauling a 300 pound sled over bumpy snow or sastrugi.

In an excellent New York Times article from this past Sunday, they break down what a ‘normal’ day’s schedule looks like for each man. It’s got some great takeaways that can be applied to any seemingly insurmountable task.

Focus on the Smallest Manageable Task

O’Brady and Rudd take a similar approach to the day’s work, but with slightly different rhythms. O’Brady breaks the day up into eight 90-minute intervals. Rudd skis in eight or nine segments of 70 minutes each.

“I can’t control the surface conditions of the ground,” an exhausted O’Brady said on Thanksgiving, “but I know I can get out there and pull 12 hours every single day. That’s the mentality.”

You can always push just a little bit more

Endurance challenges are always a battle between our body and our mind. The brain is always in favor of stopping to converse energy. But physically we are still capable of going just a little bit further.

Louis Rudd has built that into his daily practice. Each time he’s prepared to stop for the day, he goes just a little bit further. 11 steps to be exact. But there’s also a historic (and somewhat practical) reason behind it.

Most days, Rudd skis for more than 10 hours. Whenever he feels like stopping, he marches an extra 11 steps before he sets up camp.

It was once calculated, Rudd explained, that if the famed English explorer Robert Falcon Scott and his team had taken 11 more steps each day on their expedition in the early 1900s, they would have survived.

Embrace the Suck is a military term for dealing with whatever’s thrown at you. These men chose to be in this situation, so suck might be a bit too harsh. But it doesn’t mean they don’t feel the isolation and enormity of their mission…if they let their mind go there.

“There’s something about the repetition and the monotony of the landscape that if you fight against it, if you start going ‘Oh, my God. I’m so lonely, I’m so cold,’” he added, “it seems like the anxiety can build quickly, but it can go the opposite way, too. I’ve been able to lock into some really deep, meditative, blissful states of mind.”

With Google Maps and GPS, it can feel like everything’s already been discovered and there are no final frontiers of exploration. But that’s what’s so magical about this race. Two men are making a journey across a largely unknown area and are proving what humans are capable of enduring, both physically and mentally.

Louis Rudd is not on social media, but O’Brady is and is posting daily photos and thoughts about the journey and I encourage you to give it a follow.

← Prev: Indian-Style Slaw Next: 5 Simple Principles for a Healthy Life → 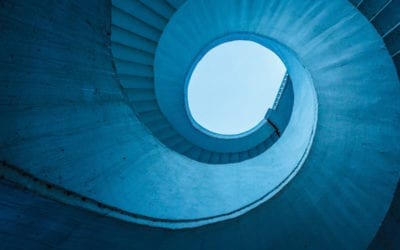 The Spiral of Habits

Each choice we make builds on each other. It can either spiral upwards or downwards. 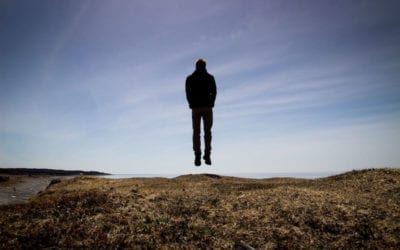 What Magic and Fitness Have in Common

In our quest in looking for the secret hack to achieve all our fitness goals, there’s really only one that’s true.

Overhaul Paralysis: Why Making Big Changes Are So Difficult

Big changes start with small actions. What’s the one smallest action you can take today towards being your best self?