Pavel Tsatsouline, a former Soviet Special Forces instructor and the man credited with bringing the kettlebell to the West, believes “strength is a skill.”

One way of training that skill is, in Pavel’s words, to ‘grease the groove.’

What’s that mean? Say you want to do a set of 10 pull-ups but you can only do 3 before dropping.

If you have a pull-up bar in your doorway, and every time you walked by that door you did 1 pull-up, by the end of the day you’d have accumulated 20-30 pull-ups. Before long your max set of pull-ups will sky rocket.

That’s greasing the grove, and that’s this week’s challenge.

The point is small actions add up to big changes.

Now one thing my techie side has not found is a good app to cue this as a habit throughout the day. Most habit apps I’ve found are about ticking something off for the day. But I haven’t found something that would mark off my progress of doing, say, 50 push-ups in a day in sets of 10 and randomly pinging me 5 times during the day.

If you know of something like this please let me know. But I digress. The tech isn’t necessary.

Set an alarm. Set a timer. Use the “Time to move!” notification on your watch. This is a great way to break up long periods of sitting (hint, hint).

← Prev: Apple WWDC Updates That'll Improve Your Health Next: WeWork should focus on buildings, not meat → 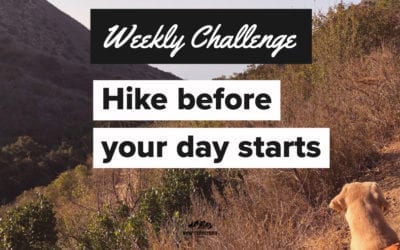 Start your day with a hike – Weekly Challenge 008

You don’t have to make it a big ordeal – get outside and take in some nature before your day starts. 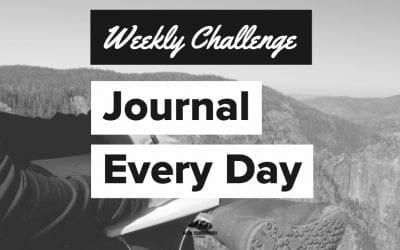 Journaling is a great way to capture out thoughts of the moment and document our journey. This week’s challenge focuses on the capturing of our thoughts so we can reflect on our past and better plan for our future. Even if your home doesn’t look like an episode of Hoarders, you probably have some tidying to do. This week’s challenge is all about decluttering your environment.